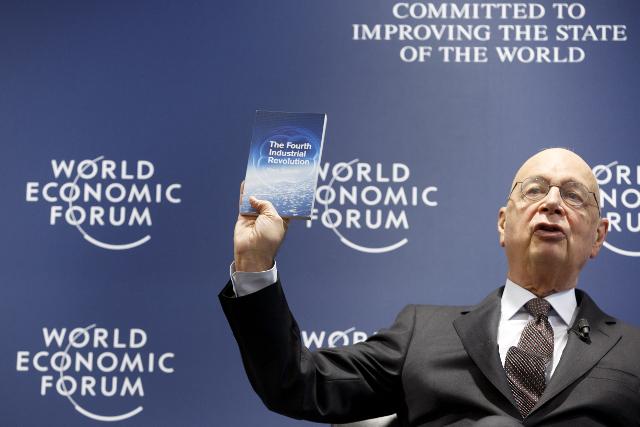 An introduction to the blueprint for a fully surveilled, conformed and monitored global society, and how COVID-19 is being used as a means to gain public consent for a dystopic transformation of the world.

While on the surface, it may appear a natural and positive advancement, the problem lies in who is at the forefront of this shift, and what its motives and implications are.

The World Economic Forum, the International Organization for Public-Private Cooperation which leads the global agenda on industry and a strategic partner of the United Nations, is the architect of this fourth industrial revolution.

While the 4IR is presented as the opportunity for a more just and advanced society, the deception lies in the fact that the WEF is made up of the ruling class in tandem with the world’s most powerful and ruthless corporations and institutions which have brought us to the cusp of economic collapse and environmental destruction.

What does the 4IR entail?

The Fourth Industrial Revolution entails a wide array of alterations to society through technology; from self-driving cars, automization of jobs, cashless society, smart cities and much more.

The WEF promises the above as opportunities that will maximize the benefits of science and technology for the world, but it will also lead to irreversible changes that threaten civil liberties. The automization of jobs will result in the reduction of the need for humans, the implementation of 5G technology will be required to support the vast data flow, and populations will be permanently under surveillance in smart cities, among many other dystopic introductions to society.

WEF: We should let the robots take our jobs – and then pay us all a basic income

In an article from July 2017, the World Economic Forum promoted the idea of letting robots taking human jobs and then pay the populace a basic income.

“As developments in artificial intelligence and robotics advance, there is going to be a severe and swift disruption of many working classes.

“UBI, an economic proposition in which a sum of money is regularly paid to a population, could be a vital bulwark against the unintended consequences of automation in the workforce.

“Companies will profit significantly from workforce automation, so the private sector will be able to afford shouldering this burden, while at the same time still making greater profits.

“After all, a full-time human has needs: 30 minutes for lunch each day, vacation and sick time, toilet breaks, and health benefits, to name a few. Meanwhile, an automated worker would only require an initial installation and the occasional repair or upgrade.

“Companies that automate their workforces should be taxed on these new massive profits, and some of the resulting capital given back to workers by the government in the form of UBI.

“While the idea of a UBI is popular—Mark Zuckerberg, Elon Musk, and Bill Gates have all championed it—how exactly would a universal basic income be engineered?

“Large swaths of laborers are going to lose their jobs, leading to unprecedented levels of unemployment.”

The WEF, as of June 3, 2020, has openly stated the need for a ‘Great Reset’ of the global economy in order to usher in the Fourth Industrial Revolution as the solution to the various crises we see today, from financial to environmental, even though it is the very system the WEF and its partners have controlled and exploited that has brought us to this point. 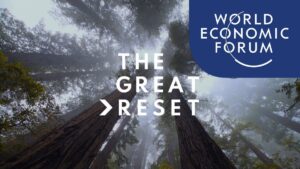 In reality, rather than a reset that would bring about a more prosperous world with a fairer system, it is in fact the consolidation of power for this very ruling class and the transnational corporations, financial institutions and environmental groups it is made up of.

The same system and same corporate entities that have brought us to the precipice are now the ones promising to save us.

In order to achieve this global reset – like any deception on a mass scale – it requires the consent of the public rather than being enforced.

COVID-19 has provided the perfect pretext, and WEF has made no secret of its desire to exploit it.

COVID-19: A ’window of opportunity’

“The pandemic represents a rare but narrow window of opportunity to reflect, reimagine, and reset our world,” WEF Founder and Executive Chairman Klaus Schwab stated in June 2020.

The WEF also mentions on its website the need to use COVID-19 as the “unique window of opportunity” to bring about this change.

“The Covid-19 crisis, and the political, economic and social disruptions it has caused, is fundamentally changing the traditional context for decision-making. The inconsistencies, inadequacies and contradictions of multiple systems –from health and financial to energy and education – are more exposed than ever amidst a global context of concern for lives, livelihoods and the planet.

“As we enter a unique window of opportunity to shape the recovery, this initiative will offer insights to help inform all those determining the future state of global relations, the direction of national economies, the priorities of societies, the nature of business models and the management of a global commons.

Drawing from the vision and vast expertise of the leaders engaged across the Forum’s communities, the Great Reset initiative has a set of dimensions to build a new social contract that honours the dignity of every human being.”

Here it is important to note that also on March 11, 2020, the World Economic Forum announced a partnership with the WHO (a UN agency) to form the COVID-19 Action Platform – a task-force comprised of over 200 corporations at launch. On the same day, WHO declared COVID-19 a pandemic.

Great Reset launch: By the elite, for the elite

On June 3, 2020, the World Economic Forum released a video announcing their launch of the ‘Great Reset’. 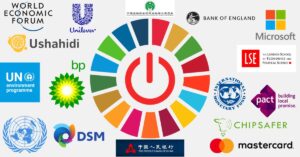 Because nothing says a new, equal and fair beginning like disingenuous rhetoric being read off a screen by a mishmash of royal family members, and leaders of organizations and institutions that have played prominent roles in creating the global mess we currently find ourselves in.

The total control of humanity

Alison Hawver McDowell of the excellent website ‘Wrench in the Gears‘ summarized the implications of the Fourth Industrial Revolution aptly.

“The infrastructure and architecture of the Fourth Industrial Revolution is designed by the ruling class; in conjunction with transnational corporations, global finance capital and global institutions.

“The human population will be controlled via digital identity systems tied to cashless benefit payments within the context of a militarized 5G, IoT (Internet of Things), and AR (Augmented Reality) environment.

“The billionaire class has built and is rapidly putting the finishing touches on infrastructure to run human capital social impact markets that will securitize the lives of most people as data streams.

“The technology that underlies this Fourth Industrial Revolution automation will hasten the death of the planet. The World Economic Forum is advancing a technocratic system of control and domination of humanity and the Earth…

“Why should we agree to this? It is a profound sickness of Western culture. Hubris. Sick. And totally ignoring the impact our actions have on the natural world around us.”

Much of the research for this piece came from the work of Cory Morningstar, whose blog ‘Wrong Kind of Green‘ has been sounding the alarm bells of the Fourth Industrial Revolution and the Great Reset in thorough detail before it was even being publicly discussed, and is a must-follow for this topic. 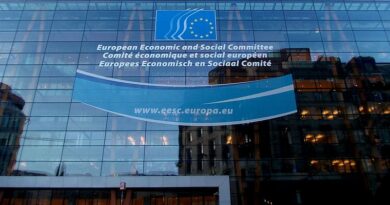 EESC president: Employers can opt against hiring the unvaccinated 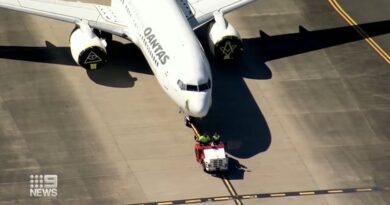 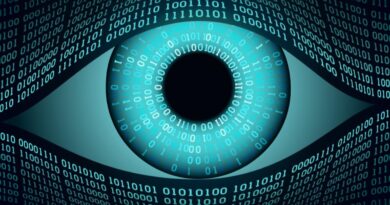