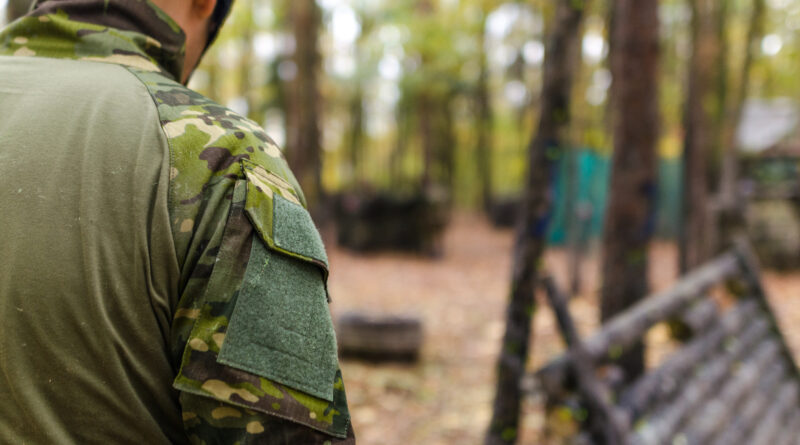 Twitter’s Head of Editorial for Europe, the Middle East and Africa has been revealed to be a British Army information warfare unit officer.

Gordon MacMillan is a volunteer in the 77th Brigade, which uses social media platforms, data analysis and audience research to conduct “information warfare,” in the words of the head of the UK military, General Nick Carter.

The information came to light following an exposé by the Middle East Eye, who found MacMillan’s role in the 77th Brigade listed on his personal LinkedIn profile.

“I have a strong interest in politics and international affairs and am a reserve officer in the British Army serving in 77th Brigade, which specialises in non-lethal engagement,” MacMillan’s profile read.

Since the report by the Middle East Eye, he has deleted any reference of the 77th Brigade from his page. 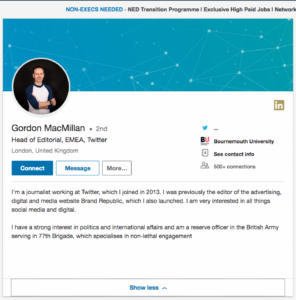 MacMillan has been working at Twitter for over six years and has been its Head of Editorial for Europe, the Middle East and Africa since July 2016.

The 77th Brigade was created in January 2015 and openly discusses its purpose on its official website.

“Our aim is to challenge the difficulties of modern warfare using non-lethal engagement and legitimate non-military levers as a means to adapt behaviours of the opposing forces and adversaries,” reads its description.

Among the 77th Brigade’s functions listed on its site include “collecting, creating and disseminating digital and wider media content,” conducting “adversary analysis”, as well as “engaging with audiences in order to influence perceptions” and creating products “that aim to influence behaviours”.

His Twitter profile, which displays that he works for Twitter UK, had several interactions with the 77th Brigade’s official channel before it was made private after being hacked in February of 2019. 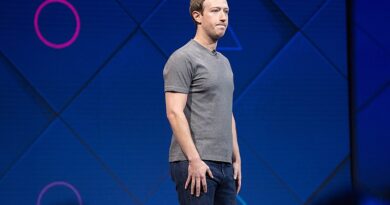 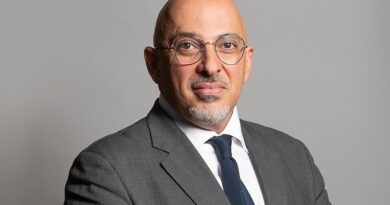 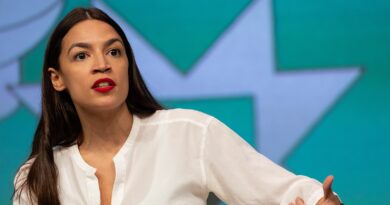 Political ads outrage was a call for broader censorship